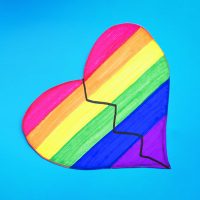 Same-sex marriage is now legal in Alabama, so of course, same-sex divorce would follow. Our firm understands that like most things for same-sex couples, same-sex divorce often has more inherent obstacles than divorce does for heterosexual couples, as the legal system is simply lagging pretty far behind when it comes to same-sex issues such as marriage, property rights, adoption, and parenthood. This can cause many same-sex couples to have to exist outside of the benefits and protections that heterosexual couples have, and can create complications in the divorce process.

Considerations in a Same-Sex Divorce in Alabama

Because same-sex marriage was only recently legalized, many couples were committed to each other for long periods of time before they were able to legally marry. Because courts are used to relying on the length of a marriage in order to make equitable determinations when it comes to the division of property, spousal support, and child custody, this gap can result in inequitable divorce outcomes. For this reason, it is important to have an experienced attorney who is committed to ensuring that your interests are represented throughout this process and that you receive a fair and equitable settlement regardless of what default laws or presumptions are in place. Additional complications can arise in a divorce if a couple used other legal means to regulate their relationship in place of a marriage contract, such as a domestic partnership agreement, cohabitation agreement, or entering a civil union. All of these are individual contractual relationships that must be legally dissolved. Finally, if same-sex partners shared children, this can also become complicated, particularly if one parent has more or exclusive legal rights to the children despite a relationship and understanding to the contrary.

Same-sex divorces are treated like all other divorces in that a minimum residency period applies in order for someone to have standing to file for divorce in Alabama. This residency requirement stipulates that at least one spouse has lived in Alabama for a period of six months. This is true even if the couple was married in another state and then relocated to Alabama. However, in certain circumstances this requirement may be waived. It is up to the discretion of the judge whether to issue a divorce before the six-month period has elapsed in that situation, and each judge will make a determination on their own basis. The judge will be permitted to consider the circumstances of the couples’ relationship before they entered into a legal marriage, if relevant.

Schedule a Consultation with Peeples Law

If you are a same-sex couple considering a divorce in Alabama you have already overcome a lot to get where you are, so don’t let the thought of divorce intimidate you. The experienced Birmingham divorce attorneys at Peeples Law will fight to fully represent your interests and ensure that you get the best outcome possible for you and your family. Contact Peeples Law today to schedule a consultation.

By Peeples Law | Posted on January 4, 2022
« Creating A Time-Sharing Schedule For Active Duty Military Parents
Can I Keep My Engagement Ring If I Get Divorced? »